Why a Mobile Phone Battery Has More Than Two Terminals? 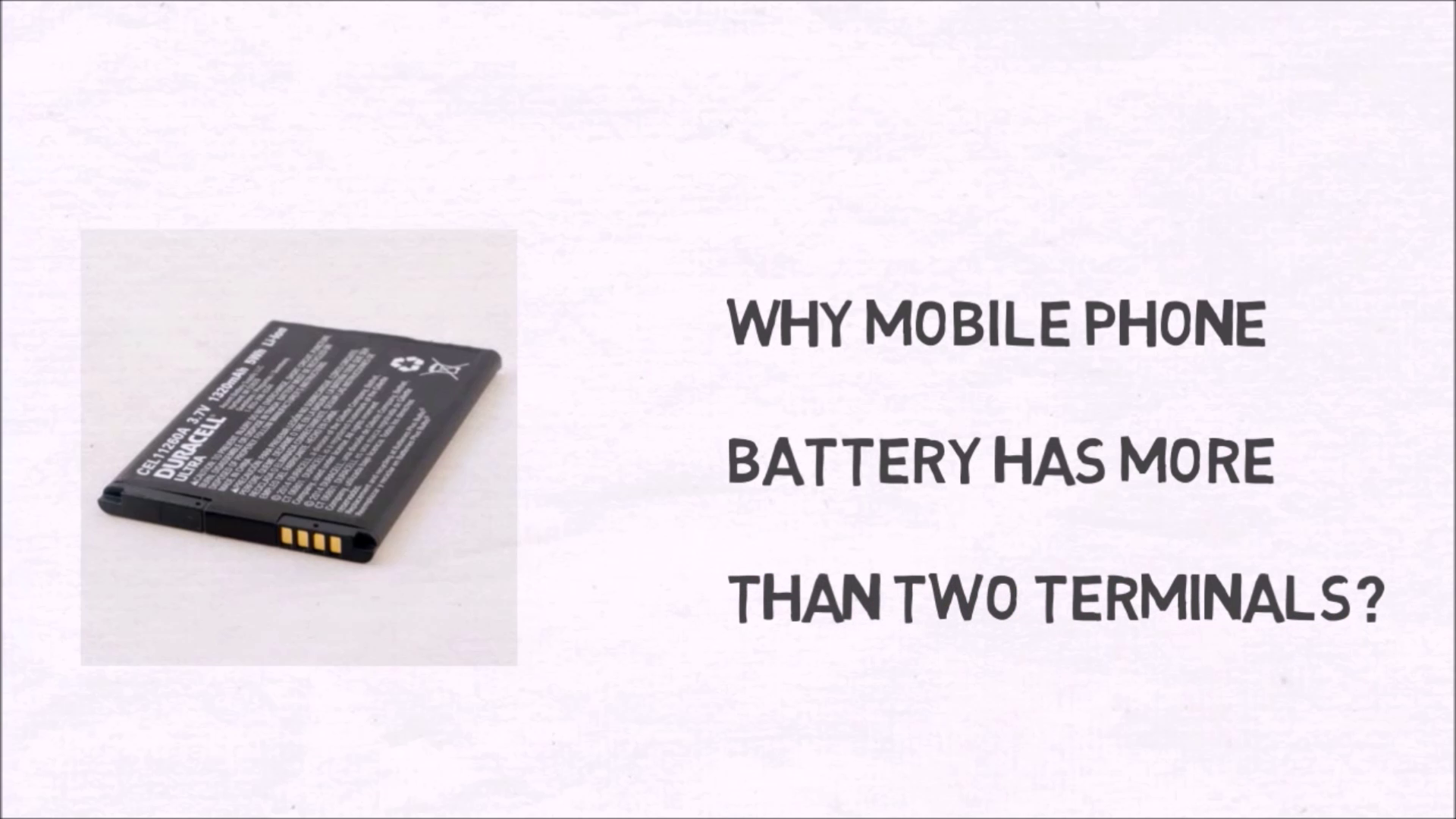 Now why this question is so curious in the first place?

Well because every battery we see around us has only two terminals whether it’s a 9v battery, an inverter battery, a T.V remote battery or any other kind of battery. Then why in the world a mobile phone battery has more than two terminals?

BSI stands for Battery System Indicator or Battery Status Indicator. The work of this BSI pin is to give information like type and size of the battery to mobile phone processor.

So when you plug in the mobile phone battery to your phone, this BSI pin automatically generates the signal which is received by the mobile processor. Then Processor determines the type and size or capacity of the battery which ultimately helps the processor to find out the voltage and current(mAh) of the battery.

Another important function of this BSI pin is this: Let’s say you suddenly remove the battery from mobile phone. Due to this BSI pin immediately interrupts and tells the processor to shut down all communications. Thus preventing damage to our data or mobile phone.

BTEMP stands for battery temperature. As the name itself suggest it gives the information to the processor regarding battery’s temperature.This BSI pin is connected to a thermistor which is internally connected to a temperature sensor to prevent the battery and mobile phone in case battery overheats.

Now if you are not familiar with a thermistor or how it works, below are the two images demonstrating how it works. So as the temperature around thermistor changes so do its resistance.

Hence BTEMP terminal actually gives information of the amount of charge remaining in the battery to the processor. In this way, BTEMP pin helps the processor to control status and charging current of battery and thus ensuring a longer battery life of mobile phones.

So with that being said, now whenever you will see a battery with 4 terminals you exactly know why it has more than two terminals:

For a 3-terminal battery: End terminals are positive and negative And the middle one is either BSI or BTEMP.

For a 4-terminal battery: End terminals are positive and negative And the middle ones are BSI and BTEMP.

6 Replies to “Why a Mobile Phone Battery Has More Than Two Terminals?”